Major Fail & What I Learned From It 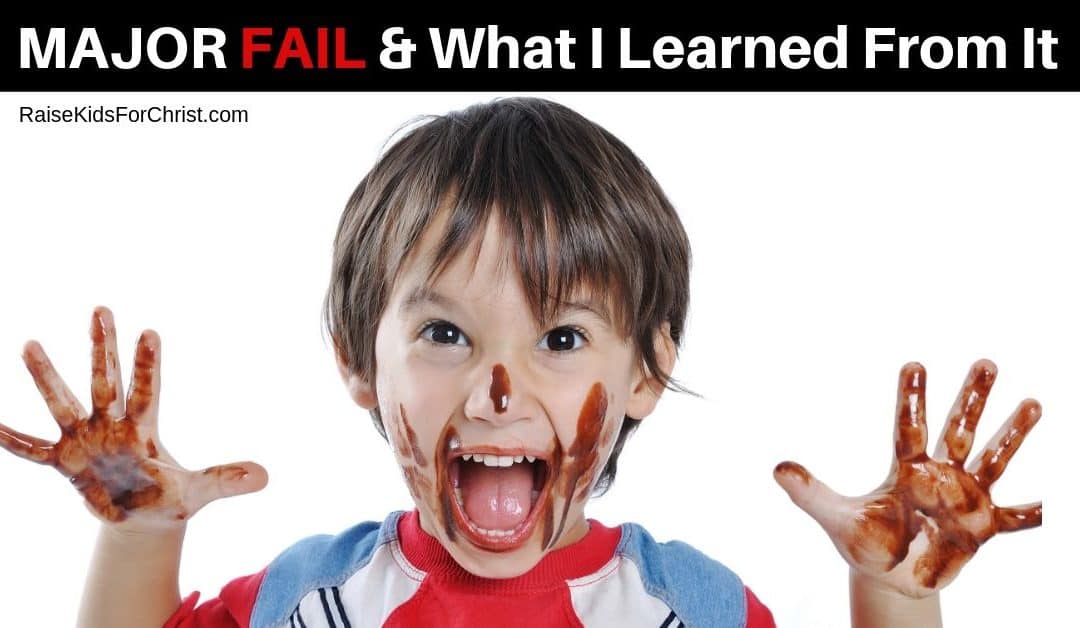 Lesson learned after a big fail this past Sunday. I oversee the kindergarten through fifth grades, an age group that is very easy for me to work with. They are a great group of kids. I recently took over a combined group that is supposed to be 4 years through third grade, but it was clear I had a handful of three-year old’s too.  Apparently, their parents feel they are too advanced for the 18 months to three year old group, so they just moved them up. (Insert heavy sigh here.)  And I was told there are usually eight to ten kids each week.

So, on week one, I had ten kids, just as expected. I realized very quickly I needed something more hands on and engaging the next week to capture the attention of the youngest to the oldest; after all, my third graders are about to move on the fourth. They begged for Bible Science (we do this on Wednesday evenings). Alright, for a group of ten or so, I decided to make slime to accompany our bible lesson. We’d mix it, let it set during a few songs, the go back to the slime and learn our bible lesson. I brought in a couple of extra helpers since I had a few younger kids that would need help. So far it all sounds good, right? WRONG!

That Sunday, kids just kept coming. I had 20 kids! That’s double what I had planned for. And to make matters worse, the worship leader let them out earlier than usual so I was not even down to my area yet. I had kids racing past me. Yikes! We gave it a shot though. What a mess! Glue mixtures everywhere, including on the little kids Sunday (best) clothes. The one positive, I had the attention of EVERY kid. Turns out, I had the attention of some parents too… and their faces did not look happy.

What did I learn from this embarrassing experience? First, lots of prayer! Then, prepare for more kids. This is an awesome “problem” to run into. Enlist more help for the children who are too young to be there, but I do not want to discourage it; after all, their parents are bringing them to learn about God. And I learned to divide to divide kids up in to the “Little’s” and the “Biggie’s” so each are engaged with an age appropriate activity. I will have them together for songs and prayer but separate for the lesson and activity. We will see how this goes. We live an learn. This was a messy learning experience but I’m excited to try this new approach next week, hoping parent will bring their kids back.

I’d love to hear your experiences. What crazy fails have you run into? And how have those of you with a wide age range handled them?